Villains are a main part of many animes, they are the rivals of the main character and no doubt, they usually have some amazing powers and a sad backstory. And, What’s better then a villain is…. Many villains, aka A Group of them! Today I’m going to tell you about my 3 favorite Villain groups.

An oldie but a goodie, Even though Naruto ended years ago, its still one of the worlds favorite anime. And all Shonen animes come with some crazy epic villains, and Akatsuki is one of them. The group is made up of rogue ninjas who join together for the same cause, to capture all the 9 tailed beasts and rule the world using their power. My favorite member has got to be either Pain or Itachi. Most of the characters in Akatsuki have sad backstories.

Bungou Stray dogs is an underrated anime, not too many people know of it, But I know that it has an amazing Villain Group. As you can tell by the name, like an Mafia, they are an undercover criminal organization that appose the Armed Detective Agency. They have amazing powers especially Akutagawa, Dazai may say he is weak but he is pretty strong now.

This group of people has got to be the strongest yet! They all have extremely powerful Nen powers and can control them really well. after the YorkNew arc, they weren’t nearly as powerful another time because they lost their leader Chrollo. My favorite member would either be Machi (The Pink haired girl) because of her Nen Stiches or Feitan (The Levi Lookalike). If you look at this picture closely, you can see Hisoka walking away because he was never an official member of the Phantom Troupe. If he was though, he would be my favorite. Maybe.

6 Weird Habits I got from Watching Anime

Going on Hiatus for A Week 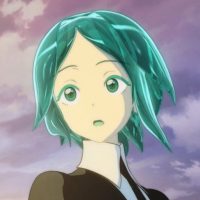 Writing about anime...hope it makes sense.

We provide you with weekly dose of anime.

I Watched an Anime

My Personal Reviews on Anime

A daily selection of the best content published on WordPress, collected for you by humans who love to read.

Exploring the magic of anime and manga.

I drink and watch anime

This Is My Brain Dump...

In foreign spaces in relation to the body and mind